Over the weekend, the Canadian government passed Bill C-14, the COVID-19 Emergency Response Act, No. 2, which included the much-anticipated Canada Emergency Wage Subsidy (CEWS). Originally announced as a subsidy to cover 75 per cent of an employee’s wages, up to $847 per week, for employers of all sizes and across all sectors who have suffered a drop in gross revenues of at least 30 per cent, the qualifying drop has been adjusted to 15

per cent for March, and 30 per cent in April and May, making the funds available to more employers. To determine their qualification, employers may compare their revenue of March, April and May 2020 to that of the same month

of 2019 or, in order to provide added flexibility, to an average of their revenue earned in January and February 2020. Once an employer is found eligible for a specified period, they automatically qualify for the next period of the program. According to the Department of Finance, the reduction of the 30 per cent benchmark to 15 for March recognizes that many businesses did not begin to be affected by the crisis until partway through the month.

The program will be in place for a 12-week period, from March 15 to June 6, 2020. Employers eligible for the CEWS are entitled to receive a 100 per cent refund for certain employer contributions to Employment Insurance, the Canada Pension Plan, the Quebec Pension Plan, and the Quebec Parental Insurance Plan paid in respect of employees who are on leave with pay.

For employers that are eligible for both the CEWS and the 10 per cent Temporary Wage Subsidy for a period, any benefit from the Temporary 10 per cent Wage Subsidy for remuneration paid in a specified period will generally reduce the amount available to be claimed under the CEWS in that same period. Eligible employers can apply for the CEWS through the Canada Revenue Agency’s My Business Account portal, which CRA has yet to set up. In order to access the portal, a company will first need to register a My Business Account with CRA, however. This is a twostep process, and could take up to 10 days to complete. The first step includes entering a social insurance number by the applicant, info from their personal tax return, and answers five security questions. Canada Revenue Agency will then mail a security code to complete Step 2. In additional job funding news, last week Prime Minister Justin Trudeau announced temporary changes to the Canada Summer Jobs program that will increase the program’s wage subsidy to 100 per cent of the provincial or territorial minimum hourly wage for each employee.

In previous years, private and public sector employers were only eligible to receive a wage subsidy of up to 50 per cent of the provincial or territorial minimum wage. The Government of Canada has earmarked $263 million in funding for the Canada Summer Jobs program in 2020. Applications by employers closed at the end of February, with approved jobs set to be announced in May. Employers whose applications end up being approved this year will

have some additional flexibility under the revised program. For example, the end date for employment has been extended from the end of August to as late as February 28, 2021, and positions may now be part-time, rather than full-time, in nature. Available jobs will be posted on the Job Bank website and app.

Some insurers will not provide or renew insurance coverage on these homes without an inspection by the Electrical Safety Authority (ESA). Ask your insurance company for their requirements. You may need to repair or replace the wiring, and provide a copy of the ESA Certificate of Inspection to the insurer.
If you need to hire someone to do the repairs, by law it must be a Licensed Electrical Contractor. Make sure you hire one familiar with aluminum wiring. The Licensed Electrical Contractor should first assess the job and take out any necessary notifications with ESA. The ESA can then review the electrical work. Be sure to get a copy of the ESA Certificate of Inspection from your Licensed Electrical Contractor for your records.
Myths and facts about aluminum wiring
Myth: Aluminum wiring was recalled as a known fire hazard.
Fact:  Aluminum wiring itself is safe, if properly connected and terminated without damaging the wire. Any devices used must be approved for use with aluminum wire.
Myth: Aluminum wiring is no longer used for interior wiring systems.
Fact: The Ontario Electrical Safety Code allows the installation of aluminum wiring. It is used for interior wiring systems in residential homes, and structures such as large commercial and industrial feeders. Electrical distribution companies also use it throughout their distribution systems. This includes the supply service cable to most residences.
Aluminum wiring is safe if properly connected and terminated according to the Ontario Electrical Safety Code and the manufacturer’s instructions.
Learn more about aluminum wiring in residential installations.
https://esasafe.com/assets/files/esasafe/pdf/Electrical_Safety_Products/Flash_Notices/19-30-FL.pdf
Source : Electrical Safety Authority

As the business community adjusts to the impacts of the COVID-19 outbreak in Canada, the federal government has announced a number of support programs to assist companies and their employees through the difficult economic times.

The announced measures aim to help Canadian businesses – including HVAC/R and plumbing companies and their supply chain partners – protect the jobs that Canadians depend on, while being able to still pay the company’s bills.

Included in the business-focused programs is a new Canada Emergency Business Account, which will provide funding to eligible financial institutions so that they can provide interest-free loans in the form of lines of credit of up to $40,000 to businesses with payrolls of less than $1 million. A quarter of this loan will be eligible for complete forgiveness, but full program details have yet to be revealed.

Also available through Canadian financial institutions is a co-lending program where eligible businesses may obtain incremental credit amounts of up to $6.25 million.

In addition to the loan programs, the government has also announced an increase of its wage subsidy program for qualifying businesses. Originally introduced as a 10 per cent subsidy up to a maximum of $1,375 per employee and $25,000 per employer, the federal government has now committed to a 75 per cent subsidy for up to 3 months on the first $58,700 earned, retroactive to March 15, 2020. Official details of this program are still pending, but Prime Minister Justin Trudeau has stated that it will be available to any business with at least a 30 per cent revenue decrease because of COVID-19. How that 30 per cent is determined is still to be disclosed.

Earlier announcements also of interest to business owners include the deferral of GST and HST payments, to June, and an extension of the maximum duration of the Work-Sharing program, from 38 weeks to 76 weeks. Work-Sharing is an adjustment program designed to help employers and employees avoid layoffs when there is a temporary reduction in the normal level of business activity that is beyond the control of the employer. The measure provides income support to employees eligible for Employment Insurance benefits who work a temporarily reduced work week while their employer recovers.

The Seven Deadly Bogeymen of HVAC

The most consistent threat in HVAC is unfair utility competition. It arises from time to time before receding. Utilities are particularly galling because they find ways to subsidize their HVAC efforts with their utility business. Utility work gets marked up and passed along to the rate base. That means you are forced to pay for a piece of your competitor’s overhead! Worse, the utilities are trying to steal your technicians by offering them better pay and benefits, along with steadier work, better conditions, and so on. How can you fight that? You beat the utilities one customer at a time, with more personal service and greater responsiveness. They will take some customers, but only those you are ill-prepared to serve. On the labor side, you may need to up your game. Charge more to pay more. Charge more to offer better benefits than the utility. Utilities are big, impersonal, and bureaucratic. You can “out-human” them.

The franchises come and go. To date, none have established enough top-of-mind nationwide to be a threat. Top-of-mind tends to be a local phenomenon. Even if it’s strong, when the 10-year agreement expires and the franchisee exits the program, the next guy to grab the franchised brand is unlikely to be as aggressive. A franchise is just another local competitor.

Consolidation was once the big bogeyman. Join a consolidator or get run over, we were promised. Today, independent contractors thrive and the consolidators that survive are shells of their former promise. A new consolidation movement has opened up among private equity firms; it presents an exit strategy for those who want one.

The big boxes were once feared as the major industry threat. We watched as they absorbed an additional point of market share for water heaters each year and were horrified when well known HVAC brands showed up in their end caps. The big box stores are good retailers, not contractors. They cannot do the work. So, they partner with contractors, which is not so bad. They are content to grab the low hanging fruit (for them) and contractors are more than happy to grab the rest.

A looming threat is Internet sales. No one has been able to make it work so far, but someone could. The only certainty is the Internet will result in greater transparency. This means contractors have to do a better job showing prospects what they do and why it matters. Again, up your game. Someday there may be a disruptive HVAC business model featuring the Internet. So far, that day has not arrived.

There was a time when contractors feared the companies driving Internet leads. They had massive budgets, incredible sophistication, and Internet leads looked like black magic. For the most part, all the Internet leads companies manage to achieve is dissatisfaction. Most contractors have wisely decided to make customer acquisition an internal skill and not depend on third parties, even if they use third party lead generators on a marginal cost/marginal revenue basis.

Reviews are often seen as all important and a mixed blessing. Contractors obsess over bad reviews. Many consumers use this fact to ransom their words unethically to gain forced concessions by the contractor. Review sites suppress good reviews unless contractors pay a version of protection money. The truth is reviews are primarily a factor when a consumer does not know who to call. This means no positive personal experience, no recommendations by friends, neighbors, or co-workers, and no suggestions from social media. Bad reviews hurt, but they are not deadly and can eventually be buried by positive reviews.

Each of these threats is or was serious. And each proved somewhat ephemeral. The biggest threat of HVAC bogeymen is the threat of taking your eye off of your own business. Build it well and the threats won’t matter. 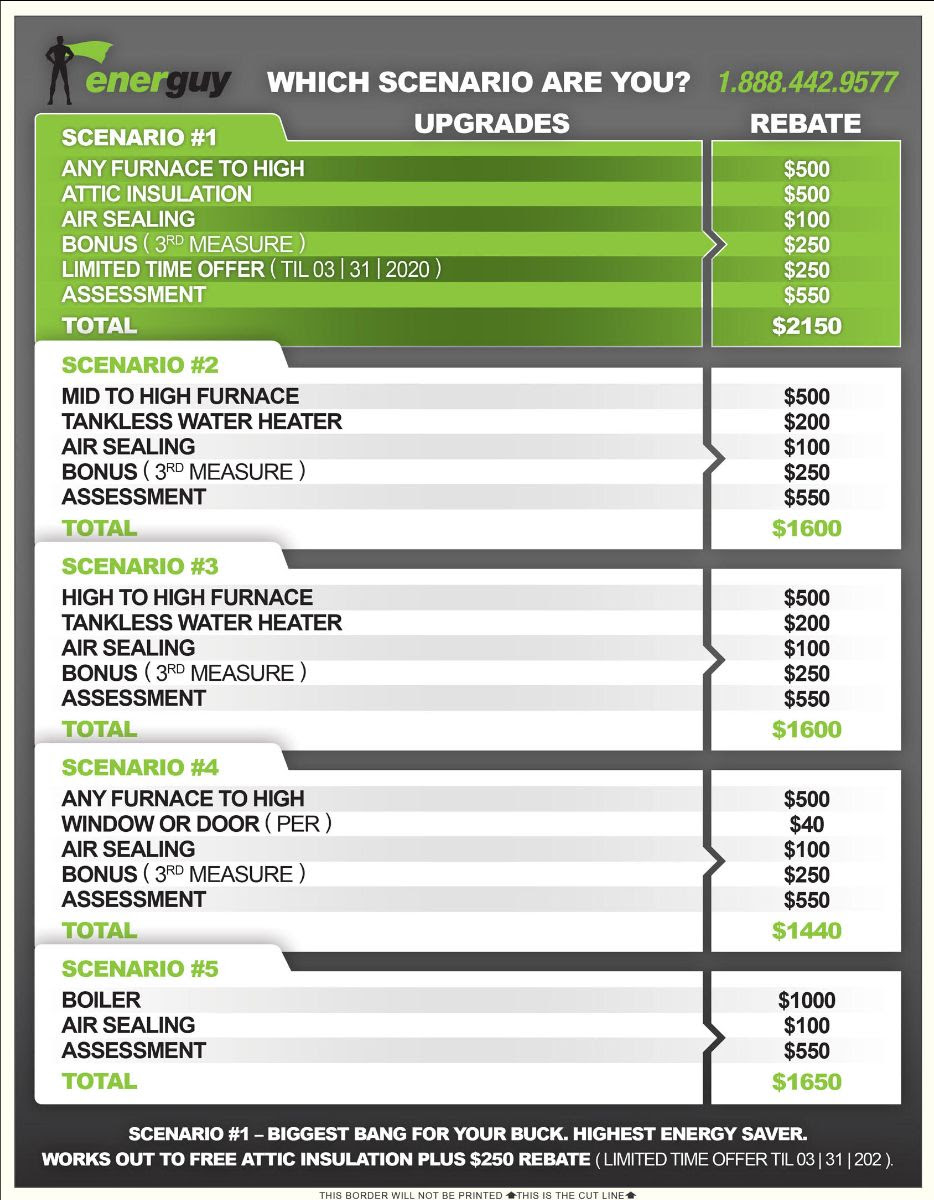